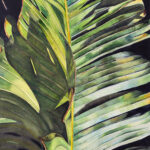 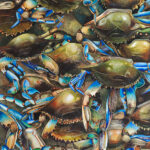 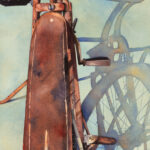 Lori Pitten Jenkins’ watercolors can best be described as intense. Color and contrast play an integral part in her work. Being a Florida native is reflective in her subject matters highlighting the unique treasures that Florida has to offer. Lori grew up in Indialantic, Florida. She has a studio art degree from Florida State University. It wasn’t until 2005 that she revisited these artistic talents. She took a watercolor class at the local museum and was hooked. She began entering shows and selling her art as an experiment in justifying her passion. Now these passions have transformed her. Lori states, “I want my paintings to grab your attention immediately. I overexaggerate the intensity but try to keep it real. I am not drawn to any one subject matter, I simply paint what inspires me at the time. The WOW factor is my ultimate goal.”

“Art is when you hear a knocking from your soul – and you answer.”

*Avid runner, running in over 100 races including 2 marathons and over 20 half marathons

*Member of the Fifth Avenue Art Gallery in Melbourne, FL

*Participate in about 15 outdoor shows within the state of Florida during the year including many    prestigious venues such a Gasparilla, Images, Winter Park, and Mainsail.

*Have an increasing number of Collectors

*Continue my love of art and try to paint every day.