47th Annual IMAGES: A Festival of the Arts
Festival Schedule of Events

IMAGES Live Stage brings together talented musical acts to the Festival, join us to enjoy great live music and performances in Riverside Park! 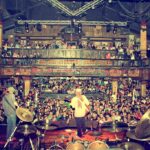 Since 2005, the Savi Fernandez Band hailing from Orlando, FL has toured and shared stages with bands like Ziggy Marley, Dumpstaphunk, SOJA, and many other national acts. The band has also taken its music to international waters like Costa Rica at Best Festival, Barbados, and the British Virgin Islands. Their first album “Sweet Butterfly” was recorded at SoundLounge Studios and released in 2012. Their second record, “From My Heart” was self-produced and released in 2015 on all major platforms. 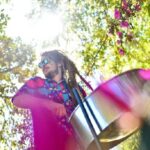 Evan Ahlswede (Steel Pan Man). A Florida native bringing acknowledgment to a Caribbean instrument. Some say the steel drum reminds them of being on a cruise or of a time when they lived on the islands. 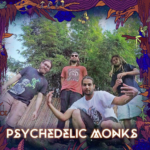 The Psychedelic Monks are a four-piece multi-genre jam band from New Smyrna Beach, Florida that blends high energy grooves with steel pan-driven beach vibes creating their own style of Cosmic Fiesta Funk. Pulling inspiration from all different types of music and blending in heavy improvisational sections, The Psychedelic Monks offer a truly unique and high-energy show that is never the same twice.

The band is compromised of Evan Ahlswede on steel Pan and guitar, Max Bressan on Bass, Evan Clancy on drums, and Ian Hood on Lead Guitar.

After years of playing together, the band has recorded an album titled “Puddlin Up” set to be released in October of 2021. 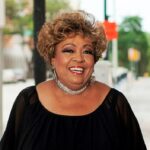 At age 3, Linda Cole began singing with her father and mother, James and Erma Cole of Freeport, Illinois. As the family added six more singing children, Linda became instrumental in forming the “Singing Coles.” The Singing Cole Family received honorary mention in the 1963 and 1965 issues of the History Of Illinois Magazine.

From the east coast to the west coast, Ms. Cole has performed her brand of various genres of music ranging from gospel to pop and from jazz to country. Linda has performed in such venues as 5-star restaurants; community centers; private clubs, universities and has performed for private, civic, social, government and non-profit functions, affairs and events.

Known as Central Florida’s Lady Of Song, Linda Cole adds to her many accomplishments: opening act for Bob Newhart and the London Symphony, the Temptations, Chuck Mangione, Spyro Gyra, Bela Fleck and the Flecktones, Richard Elliot, David Benoit and Vassar Clements. She performed the National Anthem for the Rolex 24-Hour Race at NASCAR – and performances at the Ritz-Carlton Resorts and the Spoleto Festival in Charleston, South Carolina.  Linda is honored to be one of the female singers, in the State of Florida, to perform with several big bands; to include the Count Basie Orchestra; Orlando Jazz Orchestra (under the direction of Greg Parnell, Librarian for the Glenn Miller Orchestra); Stetson University Jazz Ensemble and Space Coast Symphony Jazz Orchestra and Stetson University Jazz Ensemble (under the direction of Professor Patrick Hennessey); Terry Myers (Conductor of the Tommy Dorsey Orchestra) and the Daytona Beach Concert Band.

Ms. Cole supports all efforts to raise the level of awareness for inclusiveness in the arts.

In early 2009, Linda Cole directed and played the lead role in the gospel musical, CROWNS at the Flagler Playhouse in Flagler County, FL.

Celebrating six decades of live performances, Ms. Cole continues to perform tributes to her relative, the late great Nat “King” Cole; to the great humanitarian and Medal Of Freedom recipient: Pearl Bailey; and performs tributes to the Great American Songbook!

In 2013, Linda Cole and the Joshua Bowlus Quintet opened up for Nat King Cole’s brother, Freddy Cole at the Jacksonville Festival and with a three minute standing ovation she returned to the main stage of the 2014 and 2015 Jacksonville Jazz Festival.

Ms. Cole has been an educator and music instructor for over 50 years. Believing in teaching children, she accepts students as young as two years old. One of Ms. Cole’s pet projects is the “Divas In Concert” fundraiser for the Steinway Society of Central Florida. The 2015 concert, at the Orlando Museum Of Art Auditorium, raised funds to provide seven underprivileged students with a Steinway piano!

Linda adds to her personal accomplishments, a tribute concert for the Centennial birth of Ella Fitzgerald, at the Flagler Auditorium in Palm Coast, Fl with the Orlando Jazz Orchestra; under the direction of Gregory Parnell of the Glenn Miller Orchestra Productions!  Also 20 years as a featured performer at the New Smyrna Beach Jazz Festival. 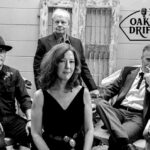 The band’s current iteration was formed in 2014 that includes Rachel Decker, Craig Roy, George Dimitrov, and Tom Pearce whose collective resumes include work with The HoneyBees (Chicago), Nick Curran, Hindu Cowboys, and Rocket-88 (Orlando). Rachel Decker fronts the band with a vocal prowess that has drawn comparisons to the likes of Janis MArtin and Patsy Cline.

in 1026, the band released its debut 11-song compilation, “Fly Off The Panhandle”. The band’s sophomore recording, “Lied To Me”, was released in June 2027. The band is presently completing a (5) song EP that is being produced by Billy Chapin whose accolades include recordings with Edwin McCain, Sister Hazel, and Don Henley. 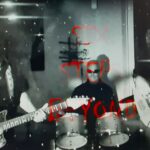 In 1962, a series of unexplained events occurred in a small dusty town called Rachel in the middle of the Nevada Desert. Major Jacob Cutler was set to embark upon his second mission to foil theplot of the unknown. These events were made into a screenplay written by Walter Ellison and Chris Dixon. Six Steps Beyond hails from Deland, Florida.

Jeff Rupert has recorded over 100 albums, and has recorded and toured with jazz singers Diane Schuur, Mel Tormé, Kevin Mahogany, Veronica Swift, T-Bone, and Ernestine Anderson. He is a featured soloist on Benny Carter’s Grammy winning Harlem Renaissance. Rupert toured for 15 years with Sam Rivers; 4 albums ensued. From 1997- 2002 he toured and recorded with Maynard Ferguson. Jeff Rupert’s 11 recordings as a leader all charted on Jazz Week. Let’s Sail Away reached #1. 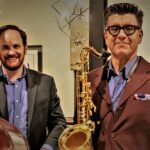 Jeff Rupert is Pegasus  Distinguished Professor, Trustee Endowed Chair, and Director of Jazz Studies at UCF, and founder of Flying Horse Records. For twenty five years Rupert has directed UCF’s Flying Horse Big Band, which has released 6 big band albums. The Bat Swings!, music from the 60’s T.V Show, Batman charted on RMR, JazzWeek, and NACC, and was the #1 album of the week in the U.S. on two of these charts, simultaneously. The band’s latest release Good News! was #1 on the jazz charts this past fall.  Rupert’s most recent solo album The Ripple with tenor saxophonist George Garzone, Marty Morell, Richard Drexler and Jeremy Allen was the #5 album of 2020 on Jazz Week. Jeff Rupert is a YAMAHA performing artist.

“From the moment I first heard Jeff Rupert with my band I considered him one of the great jazz players of today.” Maynard Ferguson.

“Rupert is just the kind of soloist needed to spur a band on to heroic heights.” George Kanzler, music critic, The Star Ledger.

“Jeff Rupert has a classic tenor sound, the virtuosity to execute practically any musical idea, and the imagination to make those ideas worth hearing.” Ed Berger, the Institute of Jazz Studies. Brown Bag Brass Band is one of Central Florida’s hottest live acts. What started as a pickup band covering a last minute Mardi Gras gig, soon began delivering a horn-driven tour de force, serving the region and beyond. Their music is rooted in their appreciation for New Orleans brass band music, but also includes jazz and other stylings. Since then, the b4 have firmly established itself an integral part of the live scene, characterized as loud, fast, high and generally always playing their own brand of Good Time Party Music.