HISTORY: IMAGES and Atlantic Center for the Arts

Atlantic Center for the Arts and IMAGES: A Festival of the Arts, came full circle after 29 years, when Atlantic Center became the presenting organization for the annual juried festival in 2004.

“The IMAGES art festival is so valuable to the cultural life of this community, and it made perfect sense for Atlantic Center to bring its many resources… from volunteers to artists… together to continue to present the arts at the highest possible level in New Smyrna Beach,” said Mona Brewer, a former member of Atlantic Center’s Board of Trustees and former Chair of IMAGES.

The two nonprofit organizations stemmed from the same beginning. Doris Leeper, graphic designer Holly Bivins, and a host of dedicated volunteers founded IMAGES in 1976; the first fundraising event for the festival was held at Leeper’s riverfront compound in Canaveral National Seashore. The interdisciplinary aspect of the first festival, held in February 1977, was a precursor to Leeper’s vision for Atlantic Center for the Arts, an artists-in-residence community founded by Leeper later that same year. It was IMAGES that drew some of ACA‘s early supporters, including former State Representative Samuel Bell, Tippen and Jo Davidson of the Daytona Beach News-Journal, and Howard Klein, then Director for Arts for The Rockefeller Foundation. The festival demonstrated the art community’s commitment to enriching the cultural life of New Smyrna Beach, as it also illustrated the community of New Smyrna Beach’s high level of interest in the arts.

The original IMAGES concept expanded to include the notion of an artists-in-residence community, so that by 1979, two boards were formed, one to oversee the annual festival, and the other for development of what was to become Atlantic Center for the Arts. The split into two entities occurred amicably later that year, simply as a practical way to fundraise and plan. Twenty members of the IMAGES Development Board and five members of the IMAGES Festival Board were among the first Board of Trustees for Atlantic Center for the Arts, with Doris Leeper the Chair.

Since that time, Atlantic Center for the Arts, located on 69 acres on pristine Turnbull Bay, has evolved into one of the most important artists-in-residence communities in the world; its innovative program is recognized internationally by artists and enthusiasts. Since 1982, Atlantic Center’s residency program has provided artists from all artistic disciplines with spaces to live, work, and collaborate during three-week residencies. The pine and palmetto wooded environment contains award-winning studios that include a resource library, painting studio, sculpture studio, music studio, dance studio, black box theater, writer’s studio, and digital computer lab. The 5,000 square foot Mark and Margery Pabst Visitor Center & Gallery was dedicated in January 2007, and provides increased opportunities for the community to learn about and experience the artistic process, and allows for expanded partnerships with public schools, universities, volunteers, environmental groups, and tour groups; it also offers its stunning facility for corporate retreats and rental opportunities.

Each residency session includes three master artists of different disciplines. The master artists each personally select a group of associates – talented, emerging artists – through an application process administered by ACA. During the residency, artists participate in informal sessions with their group, collaborate on projects, and work independently on their own projects. The relaxed atmosphere and unstructured program provide considerable time for artistic regeneration and creation. Atlantic Center provides housing (private room/bath with work desk), weekday meals (provided by ACA chef) and communal studio space. 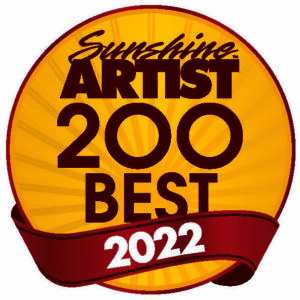